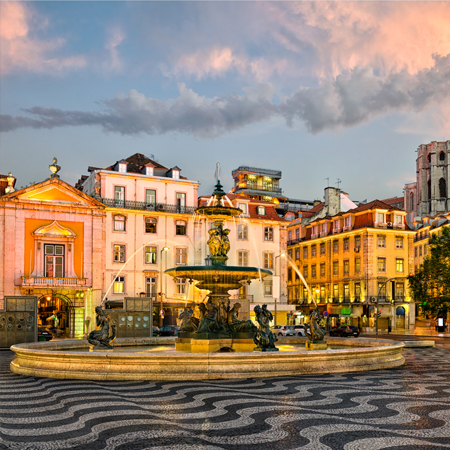 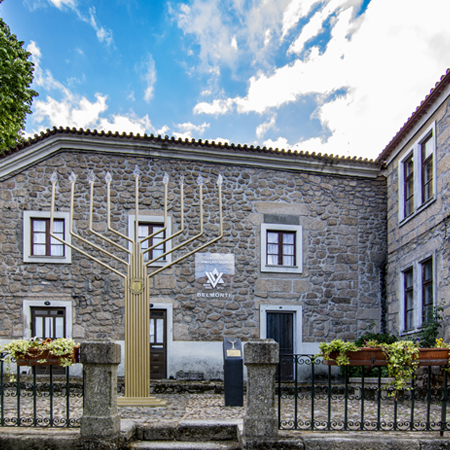 There is a story we want to tell you. From the green mountains to the north, the vineyards of the Douro and the schist villages. Enjoy centuries-old traditions and pages of history. Record every moment of that heritage of memories that bounces from generation to generation.
​

Discover Jewish Portugal through our Heritage tour. Walk in the footsteps of your ancestors, and learn about ancient Jewish traditions. In this journey, you will discover Portugal's Jewish communities.

Portugal Jewish history was about to be transformed! Until their expulsion in 1496, Jews in Portugal had been an integrated value for Portuguese culture. As a result, Catholic Monarchs gave them two choices; leave or convert. Rich or poor jews were made equal and forced to either adopt Catholic tradition or find a new home. With this, Portuguese Jewish communities ended.

Consequently, most traveled over North Europe and America; others traveled to Constantinople, Netherlands, Brasil, United States, or Greece. As a result, they left behind their possessions, property, beloved towns, cities, and villages.

Our Jewish heritage tour in this region of Portugal will be a chance for you to discover one of the most beautiful regions in our country. This region has been the meeting place of three great cultures and religions: Judaism, Christianity, and Islamism.

Since the 15th century, persecutions, convictions, forced conversions destroyed this Jewish community. However, all those nicknamed "New Christians" continued secretly inside their homes, honoring their religion and resisting assimilation.

The old Jewish quarter's route looks at a heritage of great value. But, unfortunately, it is not always visible because it has been subjected to multiple destructions and pressures.

But we also want to extend your Jewish Heritage tour on local culture, history, and gastronomy. So this will be a tour where you will get to know locals and their culture in this North/Center area of Portugal. For that, we have prepared for you unique experiences all along the way.

Before you enter into a contract with us, we reserve the right to change any of the facilities or services described in our brochure or website. We also reserve the right to cancel the booking do to weather and/or other conditions. Any changes are usually very minor and we will advise you at the earliest possible date. If a major change, such as change in departure time, becomes necessary, we will inform you as soon as reasonably possible your tours begins. When a major change or cancellation occurs you will have the choice of accepting the change of arrangements, purchasing another available tour from us, or cancelling your tour. If booking is cancelled we will refund all payments made directly to us in respect of the tour price. We will not refund any personal expenses you may have incurred as a result of your booking such as flight payments for land-only tours, travel insurance, equipment purchases, visas, vaccinations etc.

All bookings for multiday tours, group tours and packages with Real Embrace Portugal, considering the situation of exception that we live, refunds will be made up to 24 hours before in case the customer cancels the tour. Cancellation requests must be made by email.

Relevant information for groups: Our tours are private.

Welcome talk and tour the Jewish Lisbon to include Synagogue, Old Jewish Quarters and the Jewish history of the city. Also the highlights of Lisbon city to include Alfama, Bairro Alto, Belém.

Morning city tour of Óbidos and its Jewish quarter.
City tour of Nazaré to the Northen beach, Sitio and lunch in a local restaurant.
City tour of Tomar to include Synagogue, museum and Convent of Christ, Templar Knights Castle.

City tour of Coimbra to include the University and Historical Center and former Jewish quarter.
Lunch in Aveiro. City tour of Aveiro to include a typical boat ride in the canals. And visit to the historical center.

City tour of Porto and it's highlights. To include Synagogue, Jewish quarter, Port wine cellars and 1 hour boat ride in Douro River. Lunch by the river Douro.

City tour of Douro Valley to include Peso da Régua and Pinhão. Also to include a visit to Quinta da Pachea winery with visit and wine tasting.

Stop at Portas de Rodão, one of the most scenic areas of central Portugal to include a spectacular boat ride in the river Tejo with lunch.
After we coninue our trip to Lisbon to end our tour.